For those of your wondering how many subscribers you have to your blog feed, which information visitors most frequently visit on your blog, and various other blog related statistics, google has an application for this as well. FeedBurner is an application recently purchased by Google, which is relatively user friendly and since it was purchased by google has become free. Currently, users merely have to have a google account to use the service.

FeedBurner claims that it's main benefits include: allowing users to analyze their blog traffic, optimize content format of blogs, allows further blog publicizing, and gives users the option of making money through ads. The FeedBurner service is also available for podcasts and corporate websites.

I am sure there are similar applications to FeedBurner out there. But after searching through various other applications, I found that a good portion of feed analysis tools require subscription or are not overly user friendly.
Posted by Krista McCracken 1 comment: 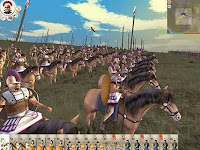 The validity of using video games to educate children is something that is discussed by both public historians and parents almost everywhere. Recently the Globe and Mail featured an article discussing Microsoft's move to exploring the educational resources that potentially exist in video games. Microsoft and New York University have created The Games for Learning Institute. The Institute is designed to see if regular video games can draw students into math, science and technology programs. The idea that some video games can improve problem solving and reaction times is nothing new, however Microsoft is the first to attempt a study on a much larger scale. Microsoft may have ulterior motives to this study (maybe selling video games to schools for educational purposes and profit), but regardless of this understanding how children and youth learn from gaming has the potential to benefit a number of disciplines.

So what does this mean for the public historian? The Institute's study is geared towards developing math, science, and technology skills through video games. However, the popularity of war focused video games seems like perfect forum for learning more about military history. Even board games like Risk have the potential to teach youth about military strategy, political boundaries, and military history in general. If games are constructed in consultation with a historian the educational possibilities multiply, it's just a matter of understanding the best way to reach youth. Perhaps a heritage or historical group needs to create their own institute to discover how youth best absorb historical information....though very few historical organizations have a fraction of the money that Microsoft does, so learning more about the history and gaming might be awhile off.
Posted by Krista McCracken No comments:

Google Books Excitement....okay, maybe the excitement part is just me.

As my last post may have hinted to, I have a slight obsession with Google and Google applications. I will openly admit I have spent hours looking through Google images, playing with Google Earth, searching Google Books, and numerous other Google related things.

Various debates have arose over the value of things such as Kindle and Google Books. I personally enjoy the searchability, convenience, and accessibility of Google Books, and find myself wishing more books were digitally available. Like many of my classmates I have yet to jump on the Kindle bandwagon, however I do think it creates a new element of accessibility which is never a bad thing.

Similar to some of the ideas behind the portable Kindle, Google Book Search recently became available on cellphones. Initially, the digitization quality of most books was not high enough to be viewed on cellphone screens. This problem has apparently been resolved and you can now access Google Books via your cellphone. Unlike Kindle or Sony Reader Digital Book, you do have to be using your cellphone's internet access to use Google Books. Despite this potential drawback, this new facet of Google Books does open up the large number of digitized books to a large number of users who primary means of accessing the internet is through their cellphone. This is not the first web application google has made available to cellphone users. Currently, cellphone users can use Google Latitude to locate their friends in real time, use Voice Search to look things up, and various other applications depending on the users phone.
Posted by Krista McCracken 1 comment:

The tools provided through google have evolved once again. Recently google launched a new beta version of the google earth application. It is now possible to explore oceans on google earth. This feature allows users to explore the oceans, examine melting ice caps, and use a feature called shipwrecks. The shipwreck feature allows users to explore more than forty shipwrecks, through educational videos. The shipwreck section contains some historical information, and may be a neat way to introduce the more historical side of mapping to the public.

Similarly, google earth now includes a historical imagery feature. This feature lets users explore a variety of satellite images from various periods, which highlight how certain areas have changed over time. The user can also select the time span they want to examine for a particular location. Currently this feature is only available for select locations, but despite this limitation, google earth is moving towards providing more historical context, which is never a bad thing for the history buffs.
Posted by Krista McCracken No comments: