The Internet and Our Minds 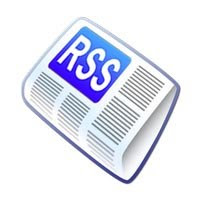 Spark recently featured a great interview with Nicolas Carr, which discuses his new book The Shallows: What the Internet is Doing to Our Brains. Carr is well known for his 2008 article "Is Google Making Us Stupid?", which examined the impact of Google, hyperlinks, and the internet in general, on how we process information.

Carr's new book continues to discuss the changes to how we process information. He argues that the changes in our methods of processing information, is in part due to neurophysiology. Our brains automatically strengthen the habits which we frequently use, while less commonly used processes are forgotten or weakened. Thus, given the onslaught continuous of information, it is hardly surprising that our ability to concentrate on a single item at a time has decreased.

Additionally, Carr also highlights the rise of the 'real-time web' and our growing craving for immediacy and new information. We crave new information, regardless of how trivial it is. How many times have you glanced at a twitter API or your RSS feed while doing other work? The information your receiving via twitter usually isn't life altering, but it is new and that's something which humans tend to be drawn to.

The real-time web environment has also contributed to the mentality that unless we see and use information immediately, it is no longer relevant or useful. There is so much information out there, that older information is often discarded as useless. Information has become like a child's toy. The toy is great when it's brand new and shinny, but it's quickly forgotten when another new toy is discovered. The historian in me cringes at this thought, the newness of information is should not determine its validity. Validity should be based upon the quality and the source of the information.

Despite this, I admit to being a bit of an information addict. I feel out of sync with the world if I haven't checked my RSS feed or TweetDeck. Sometimes the appeal of the new is just too hard to resist. Is this information addiction a bad thing? I'm not entirely sure. I'm still able to sit down and give my undivided attention to a book. However, if I want to accomplish anything using a computer disconnecting from the internet does marvels for my productivity. Perhaps this multitasking mode of thinking isn't better or worse than how our minds use to think, just different or evolved.
Posted by Krista McCracken